Since it’s launch in October 2009, Dell’s Adamo XPS has been and still remains the thinnest laptop in the world, at almost half the thickness of the Macbook Air. 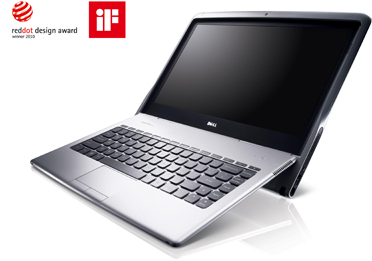 This may seem a ridiculous concept to some but in reality it’s not, in fact, it’s quite the opposite.  With the right design and approach, the Adamo XPS is not only ultrathin but runs cooler and is stronger and lighter than anything else in the ultrathin laptop market.  How is this possible when almost half of the laptop’s volume has been removed?  Well let’s take a closer look at the process used to develop this class leading piece of technology.

When asked by Dell to develop a sub 10mm laptop the question that first came to mind was how could this be achieved without compromising the structural integrity of the product?  With a required screen stack-up of just 3.3mm including the outer shell, the torsional strength of the screen was always going to be questionable at best.  The only solution was to frame the screen to assist with increasing its rigidity, the downfall being that this had to be achieved without adding thickness to the product.  This was overcome by wrapping the screen around the keyboard allowing the frame to be the full 9.99mm of the product while at the same time protecting the base and crucial electronic components.

Following the successful solution to our screen concerns, the next question was how on earth we were going to get all the components into the 6.4mm base, including a full-travel, full-sized keyboard?  Well, lucky for us the use of solid state hard drives was rapidly becoming commercially viable, helping our space issues but still not providing a complete solution.  The secret lay in the way we approached this miniaturization.  Traditionally when downsizing computers you would assess the latest technology and look at means by which to reduce the size of each component, the only problem with this was that it still didn’t deliver what we required; it was still just too big.  Then, driven by our dead-end it dawned on us, instead of trying to squeeze traditional laptop components in where they were clearly no going to fit we began looking into mobile phone technology, taking a scale-up approach as opposed to the traditional scale-down approach used throughout the industry.  This was a completely new way of looking at laptop development and was going to provide us with the profile required.  It was then a matter of working closely with the team at Intel to deliver a board that was not only wafer-thin but also delivered on performance.

While the primary objective was to develop the world’s thinnest laptop, this was also an opportunity to re-evaluate the form and function of the portable computer market and to deliver something a little different.  You may notice the unusual way the laptop sits when open, this layout was developed for two reasons.  Firstly, when evaluating the ergonomic requirements of a laptop it was observed that the keyboard should be slightly raised towards the user for optimal performance.  Secondly, a common observation of laptop’s was that they often get very hot due to the shear lack of space and ventilation and the efficiency of cooling units in particular when using them on your lap (where they are primarily design to be used).  The solution to one of these problems inherently became the solution to the other, by raising the keyboard off the table or lap it provided an ergonomically superior posture while simultaneously allowing more airflow around the processor keeping it cooler and reducing the risk of over-heating. 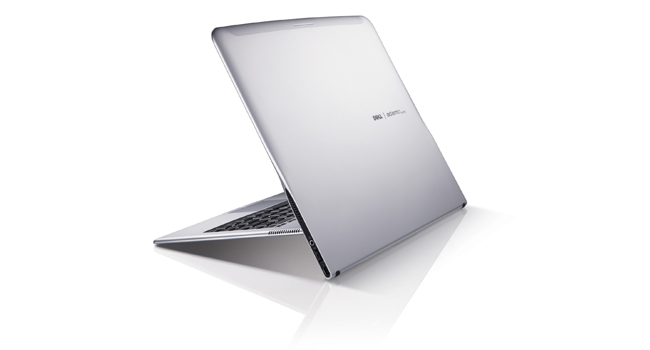 Written by This email address is being protected from spambots. You need JavaScript enabled to view it.
Senior Industrial Designer @ Bayly Group
Senior Designer on the Dell Adamo XPS
Providing an insight into the design and development of the award winning Dell Adamo XPS