When it's not a washing line, designer.line is a sleek, contemporary wall feature. This "worlds first designer washing line" was a recent Gold Winner at the 2014 London Design Awards and we are proud to say that Bayly had a hand in it's product design journey.

To check out designer.line at the London Design Awards  Click Here

I met up with designer.line creator Phoenix Hanna at our office in Melbourne to talk about the product design journey and his dream to eliminate tumble drier use and reduce our emissions as our living spaces get smaller and backyards disappear.

Phoenix is an entrepreneur who grew up in Melbourne working in the family business. He said "I've always been working for myself in various fields from property development, tendering with government, fashion labels, TV shows and then fell into this little project, the Designer Washing Line."

An observation, a fight and a flash of genius

The designer.line concept came from three points of his life colliding.

"Growing up it quite saddened me the fact that we used to live on a hill in Mount Waverly and you could actually see the pollution building up over the years. You could see the city less and less each year that would come around and sort of be like "What's going on?".

Probably 10 years ago I was living in the newly finished 'ID Apartment' in Port Melbourne. That was when I was doing my clothing label and I started to learn what tumble driers do to your clothes: the damage, wear and tear and obviously the effects on the environment. I was hanging my washing over my balcony, which you're not supposed to do and my building manager told me off. After finding my clothes mysteriously in my living room in a pile on the floor, I had words with the developers, landlord and building manager as to why they couldn't build washing lines on the roof. They didn't believe it was their problem as each place had a drier.

Then maybe 2 or 3 years later I was staying with a couple of friends in Newcastle. After breakfast one morning they pulled down what looked a sundial on the wall which was made out of pine, but turned out to be an old fashioned washing line! The conversation went: 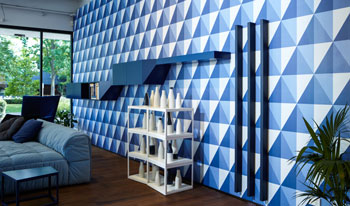 That's when the concept started to come together for him. "To make a retractable wall mounted clothesline that doesn't look like a washing line." that fits seamlessly into a home environment and eliminates the need for a drier. The challenge then was to make it big enough for bed linen.

Making a product stand out

There are a few compact washing lines on the market so market differentiation was important when designing the designer.line.

Designer.line is different to other washing lines out there as:
it can handle any sized bed linen
it’s retractable and doesn't look like a washing line when it's being stored
it is functional. The hanging space is designed so that airflow is not encumbered, it uses minimal space when stored and is ready to use within a matter of seconds, and
it’s wall mounted and does not require a wall stud to be installed

"The design and functionality pushes it across the line for most people. Many people are moving into apartments or their dwellings are shrinking in size or backyards disappearing. I think we are two steps ahead of the market."

Do you have an idea? Where to head next?

Often with a concept and idea in mind, new creators don't know where to head next.

The first step Phoenix took was to look at how to avoid using wood like the old fashioned washing line.
e made prototypes at home with iterations in plastic and aluminium and spoke to a manufacturer about what he was trying to achieve. Strength was a major issue with the design and many of the initial prototypes "folded like a house of cards" or manufacturers told him it was impossible.

There was a year of prototyping his own designs until it got to a base aluminium design where the structure was solid.

"We entered into the Saturday in Design launchpad competition and we won. From there we looked at commercialising the concept into a functional, manufacturable product.
We worked with a couple of designers prior to Bayly and they couldn't solve any of the issues or obstacles we found. Then I found Bayly and we persisted until we got it to where we needed to get.". Success at last!

Persistence is the key lesson that Phoenix has learnt though the product design process. "When someone says no, you just haven't found the right answer yet". Now 5 years after the initial conception of designer.line he has a product that has been featured on tv, various newspapers and magazines, and is in the pipeline to be a standard installation in new apartment and hotel developments. 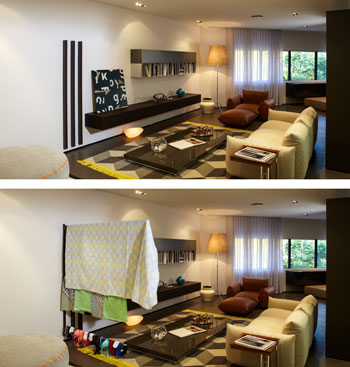 Advice for aspiring creators and the future of designer.line

When asked his advice for aspiring creators, Phoenix said "In this climate, and especially with climate change, find something that can reduce our consuming and destructive ways. It’s not like any politicians are going to make a difference so it’s up to us: the crazy ones, the dreamers. If we don’t make a difference by designing a better world, it’s game over as we know it!".

Bayly are excited to continue work with designer.line in the future. There are different variations designer.line would like to explore, and potential collaborations with people like Missoni are on the cards.
"We want to work on the development of units with led lighting though them to make it like a light feature and also go back to an initial idea of an acrylic mirror finish option."

Designer.line have been focusing on mainly on the local Melbourne and Australian market but plan to head overseas to make an impact on tumble drier usage and environmental damage around the world.

If you have a product that you would like to develop or improve don't hesitate to give us a call or send us an email today. We can help you at any stage of your product design project.

Don't miss out! designer.line is offering all Bayly re:design readers a free pack of 10 Ingeo Biopolymer biodegradable coathangers with any purchase of a designer.line.

Just type in the code word "BAYLY" when you check out!

Click on the video below to see how the designer.line works

Don't miss out. Sign up for our newsletter now!